A few weeks ago I was asked to give a devotion at the bridal shower for the daughter of a dear friend, who herself is a friend of mine! There is some magical age when daughters of friends become your own friends and she is there already!
Anyway, I didn't have much time to think it through - it was a busy week at school and at home.... lots going on and less than 48 hours to think. I thought about the wedding at Cana and how Jesus turned water into wine. Yes, it was His coming out party, but it was also so that the bride and groom would not be embarrassed. Also, in doing this, He was stating that there was a new age now present. Heaven and earth would now be joined - purification water was now celebratory drink for a wedding. He used a wedding to announce this! This wedding now had new significance. There was much more going on, as well, but I wanted to focus on this last point.
As I sat at the luncheon preceding this sharing time, however, I was increasingly uncomfortable thinking about this devotional. So when it was time to sit together in the lovely garden setting on a beautiful SoCal Spring Saturday afternoon, my remarks were brief. I spoke about the importance of forgiveness. 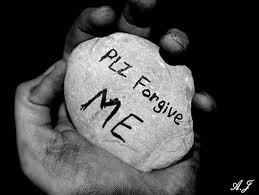 I said that wives must forgive whether or not they have been asked. They must learn to live in an attitude of forgiveness. Just as importantly, a wife must quickly ask for forgiveness. She must confess her wrong attitudes, harsh words, disgusted looks, silent moods.
Forgiveness keeps love alive. Forgiveness gets the crap out of the way and lets love flourish. It is true between husbands and wives. It is true between us and God.
Forgive one another.
I said it to the bride-to-be and to myself. 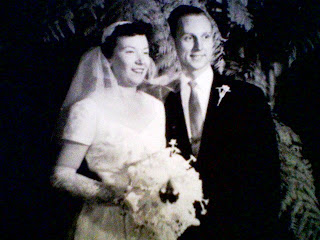 Who could have foretold I would lose both parents just one year apart! Just as I was moving on from a year of mourning Mom's death, I got a call from Gracie the day before I was to go to see Dad for a visit. Dad was failing quickly. Larry re-booked me and within 20 minutes of Gracie's call, I was out the door.
God's ways were already becoming clear - I had completely packed that morning and was ready to go. When the flight was delayed a half hour, I didn't panic; I knew I was in His hands. When we had to sit on the tarmac for 30 minutes, I was at peace. When it took 45 minutes for my bags to come, I still knew I'd be on time to see Dad. It was part of the plan.
The limo driver drove 85 miles/hour on the empty toll road and I was there at Dad's side in 35 minutes from Midway.
He was already in that sleep that would last despite any attempts to waken him so I was free to hold him and cry. He had changed much since I visited in August, thinner in the face, sunken in the eyes. He was already changing, leaving his body.
Gracie and I sat holding his hand through the night with Gracie taking a nap in the early morning hours. 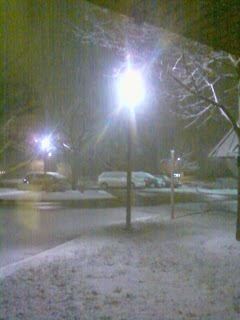 In the early morning hours, as I sat alone, I pondered the lamp post outside his window as the snow drifted gently down. Like Narnia. Dad was stepping through the door to another world. Aslan was on the move, coming to find him. Dad's winter of life was ending. Summer - heaven was about to begin.
As the sun began to rise, we noticed changes in his fingernails as they turned blue and his face grew pale.
His feet became purple and cold.
His breathing changed, slowed.
He coughed and stopped breathing several times.
And then he stopped breathing.
We kissed him; we held him. We spilled our tears on him. We sang over him and thanked God for such a man who was our father, who showed us God.
Alberto came in minutes later. He, too, held Dad and wept. "Rodney! Oh, my American Father. Oh, friend."
Dad was godly and brave and faithful and gallant and honorable and true and quiet and strong and wise and funny and loving and tender and good.
He loved God's word more than anything and had much memorized which he would recite on his many many walks. 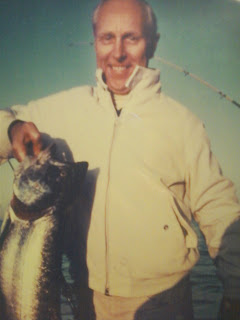 Hospice told us that though Dad was often unresponsive in these last days, they would sit and read to him from his Bible. He would stir. The Holy Spirit was active and ministering to his spirit though he couldn't communicate with anyone. He knew his God and was known by his God and for that we are grateful and have peace.
Dad, thank you for giving us life; thank you for living life so well; thank you for the beautiful life you gave us.
Thank you for showing us the love of God and bringing us to His Son, Jesus Christ.
We will miss you forever, Dad. You and Mom were the best.

Posted by Marci's World at 3:05 PM No comments:

December.
December has begun.
I've been reluctantly anticipating this all year.
It was a year ago yesterday that Valerie, little Julian and I hurriedly left for Chicago.
Mom had taken a turn for the worse and within hours we were on a plane to be with her.
In 10 days it will be a year since she left us.
In 10 days it will be a year since she realized her life-long dream to see her Savior and enjoy the great party in Heaven.
I have worn black since November 12.
I have worn a piece of Mom's jewelry since November 12.
I have let myself cry all year, and it comes more frequently and more easily only lately - a curious thing to me.
December 13 will mark the end of a year of mourning.
December 13 will begin a new year. 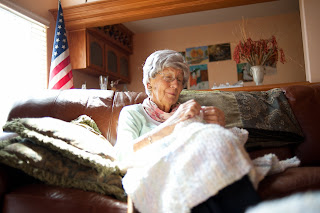 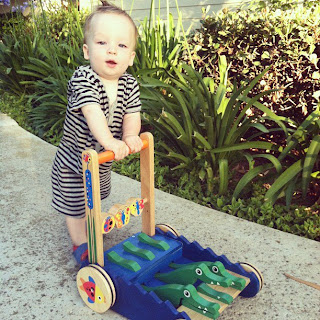 Little Julian is a year old. He is such a joy!! I melt when he smiles or reaches out to me to be held. His playfulness and giggles delight me.
God bless you little one and may you never know a day when you didn't know Jesus!
Grandma and Grandpa love you!!
Posted by Marci's World at 5:02 AM 1 comment:

On the Road Again!

Larry and I are finally going to do the road trip of all road trips. We are going to get in the car and have no destination in mind! Yikes!
Will we go left? Will we go right? Will we stay on this road? Where will we spend the night?
The one thing we know is that we will be eating at any one of the Diners, Drive-Ins and Dives recommendations. We are taking Guy Fieri's map with us.
On the way, we'll chat, listen to crazy old time radio classic detective and western mysteries on Sirius 82, John Cleese reading Screwtape Letters,
So here's to adventure and the great unknown. And to Triple D!!!!
Posted by Marci's World at 4:45 AM 1 comment:

Some of these longings are accompanied by grief.
I am learning that grief is not morose. Lewis wrote a wonderful essay - Meditations in a Tool Shed. It has to do with observing a thing and then entering into the experience of the thing. Both are valid exercises and we do both all the time, but to do them consciously and intentionally changes the doing of them. Observing a beam of light (in the tool shed), watching dust dance in the light and seeing how that light brightens the room - we ponder the source of the light without seeing it - but then putting our faces into the beam, feeling its warmth and following the beam up to the sun allows us to be part of the light and connected to the source of the light. There are two different ways to experience the beam of light.
We can observe our grief in a clinical way which allows us to analyze it, see its affects, consider it for what it is. Or, we can enter our grief in a personal, reflective, healing way and be drawn to the One in Whom grief and healing meet. Both are good. Each needs the other.

Grief,longing, hope. I am learning about these.
It is the Lord's Day today. I lay these all before Him and worship Him for knowing that He works all things for good.

Posted by Marci's World at 8:47 AM No comments: 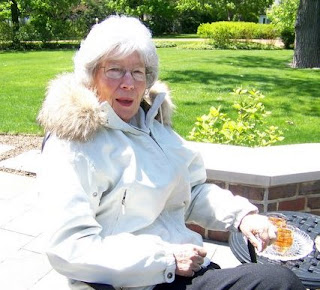 stimulus NOT funded by the government